(News and Updates) Summer of Ghosts

CBS is celebrating the success of their half-hour comedy ‘Ghosts‘, with a summer full of in-person and online experiences, named ‘Summer of Ghosts‘.

“It’s exciting for us to bring our CBS Original comedy Ghosts to life in ways that celebrate the characters of the show in creative, authentic and fun ways, all summer long,” stated Mike Benson, president and chief marketing officer of CBS. “We hope that fans of the series, as well as anyone who has never seen Ghosts, will enjoy the experiences we’ve created and see why it’s become the most popular new comedy on television.”

CBS kicked off the ‘Summer of Ghosts‘ campaign during ‘Paramount’s Upfront’ last week, when the cast performed a comedic song, ‘Ghosts: The Musical‘. The network had been looking for an opportunity to create a musical since Brandon Scott Jones’ militiaman character, Isaac, mentioned wanting a Hamilton-like show for himself in the series last fall.

Each character will be honored with a distinctive ‘to die for’ activation, bringing their individual worlds and stories into the here and now with a variety of in-person events, stunts, and experiences. Adding to the intrigue, each activation will feature a limited-edition collectible character NFT, as well as gift cards for a month-long subscription to Paramount+ where viewers can watch ‘Ghosts‘ first season on demand.

As of mid-summer, fans from anywhere can also bridge dimensions between the living and the dead by virtually accessing the haunted grounds of Woodstone Mansion in a unique and easy-to-navigate Web3 Ghosts experience. The metaverse will feature an additional release of the 10 character-specific exclusive collectible NFTs. Collecting all 10 will enable fans to unlock distinct experiences in the metaverse mansion, which will showcase the series’ set in remarkable detail. The interactive experience will feature games and surprises as people explore the assorted rooms and grounds. 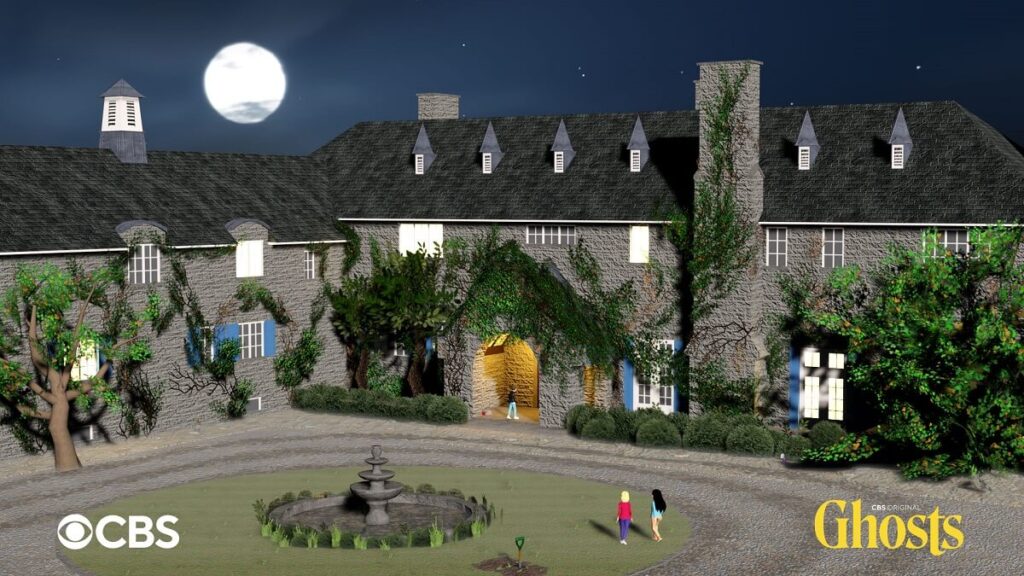 Activations for Each Ghosts Character

(News and Updates) ‘Ghosts’ renewed for a Season 3 on CBS